A fullday in Istanbul

Istanbul is a historical city and there are lots of spot to visit as Hagia sophia, blue mosque,Topkapi palace,Grand bazaar etc. Joining a tour will make your visit easier then selfvisiting. You will not wait at the entrace ticket que and you will have a guide who know the history of the spots very well

Departure from Pick up from Your Hotel @ 08:30 am
Drop of back to Hotel    @ 18:00 pm
Bosphorus Cruise & Asian Side Tour
A little history of the sights
GOLDEN HORN (from the bus)
The arm of the Bosphorus and a natural harbour of the historical peninsula separating the old and the new parts of İstanbul where the first colonies settled during the Byzantine. The residential area for Byzantine Jews, Italian traders and other non-muslim minorities. Drive along the traces of history at Balat viewing Metal Church of St. Stephen the Bulgarian, 21 kms. long City Walls, the strongest fortification of the middle age.
SPICE BAZAAR
It is located at Eminonu behind the New Mosque(Valide Sultan Mosque).It was constructed by Turhan Sultan in 1660 as a pious foundation attached to New Mosque.
BOSPHORUS ON BOAT
A traditional excursion by boat along the waterway seperating Europe and Asia. The shore is lined with old wooden villas, palaces of marble, fortresses, and small fishing villages. During the excursion you will pass the magnificent Dolmabahce Palace, and further along, the parks and imperial pavillions of Yildiz Palace. On the coastal edge of this park, is Ciragan Palace, 300 meters of is marble facade faces the shore. At Ortakoy a great variety of artists gather every Sunday to display their work along the street. Ortakoy is a symbol of tolerance with a church, a mosque and a synagogue existing side by side for centuries.
RUMELI FORTRESS (from the sea/no interior visit)
Historical armament built by the Conqueror to control and protect Bosphorus. A unique example of military architecture.
THE BOSPHORUS BRIDGE
Also called the First Bosphorus Bridge (Turkish: Boğaziçi Köprüsü or 1. Boğaziçi Köprüsü) is a bridge in Istanbul, Turkey spanning the Bosphorus strait (Turkish: Boğaziçi)The bridge is located between Ortaköy (European side) and Beylerbeyi (Asian side). It is a gravity anchored suspension bridge with steel pylons and inclined hangers. The aerodynamic deck is hanging on zigzag steel cables. It is 1,510 m long with a deck width of 39 m. The distance between the towers (main span) is 1,074 m (World rank: 13th) and their height over road level is 105 m. The clearance of the bridge from sea level is 64 m. It was the 4th longest suspension bridge in the world when completed in 1973, and the longest outside the United States of America.
BEYLERBEYI PALACE
It was built by Sarkis Balyan Usta by order of Sultan Abdulaziz in 1865. It is on the Asian coast of Bosphorus, which was constructed, in the same style as the Dolmabahce Palace.
CAMLICA HILL
It is the highest point in Istanbul.At the top of it you can rest and admire the magnificent panorama of Istanbul and the Bosphourus from the beautiful gardens, Iandscaped in traditional style.If you climb great Pine Mountain 268m. above sea-level,you will have the opportunity to look over the Golden Horn Sea of Marmara 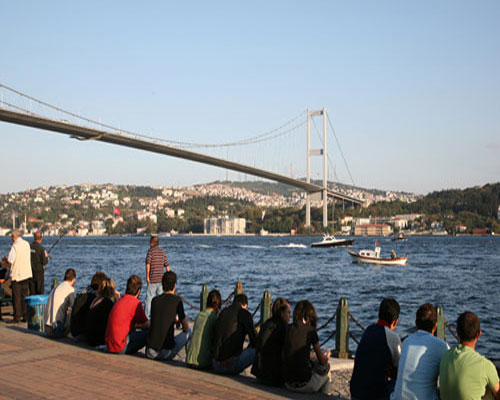 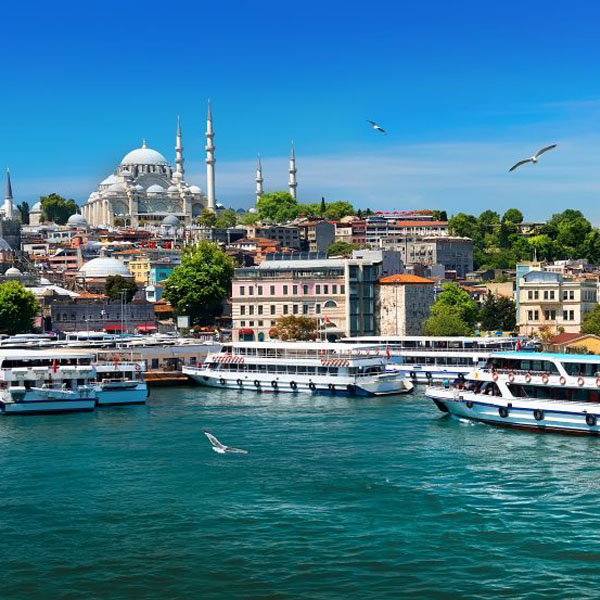 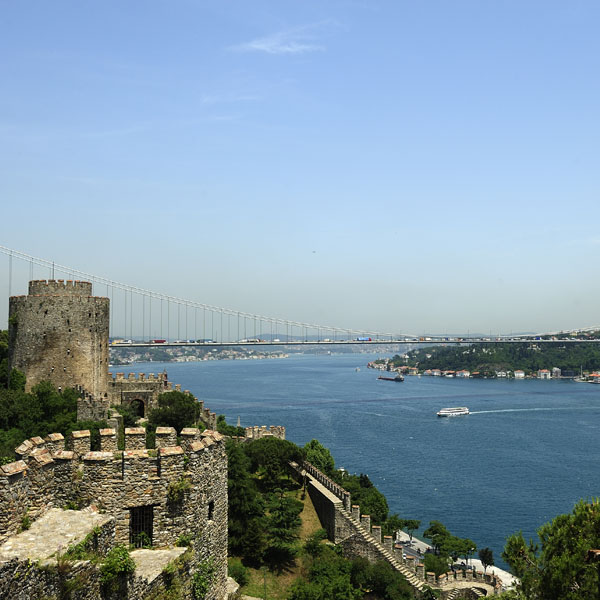 Your browser has cookies disabled. Make sure that your cookies are enabled and try again. Learn More

A soon as we get the request. Our team will inform you by e mail latest in 5 hours time. Please check you e mail in that periot